In With the New, and Keep the Old, Too

When I got to Princeton last year, I was pleasantly overwhelmed at the idea of finding new activities and organizations that I would grow to love. I was intrigued by the chaotic activities fair that featured hundreds of club members shouting at me, trying to explain the premise of their group in the three seconds I had before being whisked away by a different club. I became so involved that I started worrying if “in with the new” really meant “out with the old,” or if I could potentially do both; there were a few activities from high school that I just wasn’t ready to part with yet.

So I decided to keep the old, too. Aside from joining new groups like Spoon University, Princeton Hidden Minority Council, Princeton University Peer Mentoring Program, Princeton Latinos y Amigos and more, I looked for ways to keep doing what I had been so involved with before Princeton: music.

Joining the Princeton University Orchestra (PUO) as a double bass player was the start of what has been an incredible journey thus far. Not only has it been a springboard for many close friendships, but it has also given me the opportunity to travel to and tour new countries every other year. For example, last year PUO toured through Budapest, Bratislava, Vienna and Prague during break. Here’s a sneak peak of the bass section at the top of a bell tour in Prague: 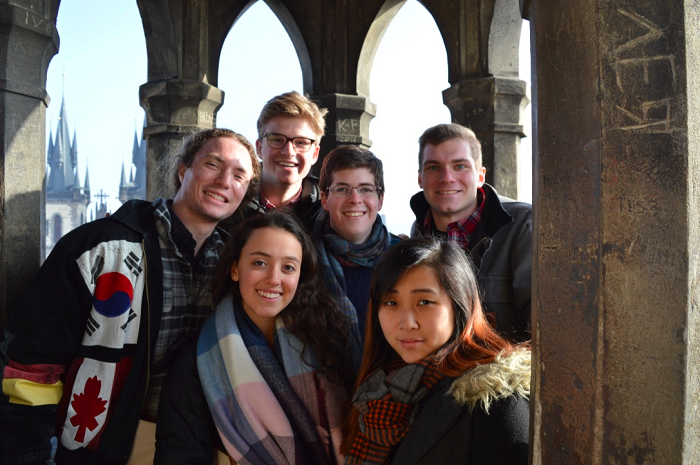 Amazingly, the Princeton music experience is about to get even better. This year marks the opening of the new Lewis Arts Complex, a humongous building complete with performance and rehearsal spaces, additional instrument lockers, and numerous practice rooms and studios with advanced acoustic systems. Early this fall the music department put on a performance featuring several of the major performing groups on campus, such as PUO, to commemorate the opening of this new, fantastic building. I was completely blown away by the impressive array of talents on display the entire night, ranging from the Glee Club, percussion, the Chamber Choir, to jazz, classical music, and everything in between. The purpose of the concert was to have nonstop music; in other words, when one group finished, another would immediately start playing. The groups were spread out around the performance hall, and colorful spotlights illuminated the musicians while they played. 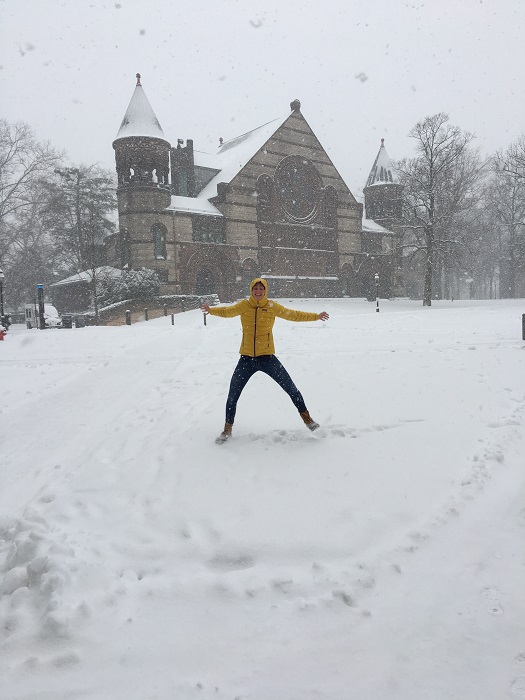 For me, the most beautiful part of the evening was the coming together of many musicians from different disciplines of music. The various genres and styles formed part of the face of the music department, and they reaffirmed my belief that music really is a universal language.

To Find a Home