Moscow on the Hudson

Princeton offers a variety of different seminars that travel abroad during the fall break and spring break. I recently got the opportunity to travel to Russia for an urban studies seminar called “Moscow on the Hudson”. It was an enriching experience filled with daily walking tours around the city, discussions about famous landmarks and an understanding of the rich history behind Moscow.

During class we read literary and cultural texts pertaining to urban studies in order to understand the physical construct of both New York City and Moscow. We focused on a specific topic every week, all the way from religious institutions to public housing. We first traveled to New York City and visited different parks which we later analyzed during our in-class discussions.

In preparation for the trip to Moscow, I purchased a travel guide and made sure to pack my winter jackets for the cold weather. Once we arrived, we settled in and got ready for a week of intensive walking tours. We got to visit a cemetery where important literary and political figures were buried, The Cathedral of Christ the Savior (which was formerly a giant swimming pool), Zaryadye Park (a modern park that opened in 2017) and other fascinating sites. 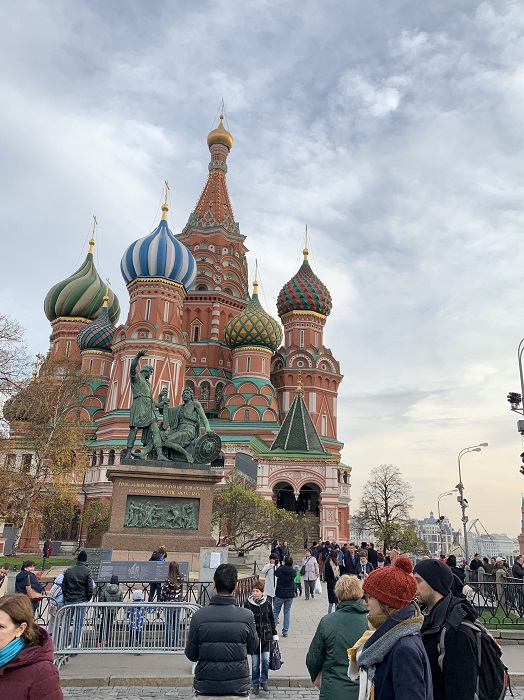 Surprisingly, the highlight of the trip was riding the metro. Moscow’s metro shines in comparison to New York City’s sometimes unpredictable subway system. It is easier to navigate, cleaner and each station is embellished with beautiful architecture which makes the metro a tourist attraction itself. Each station is different from the rest, so you never get bored by the changing underground scenery. 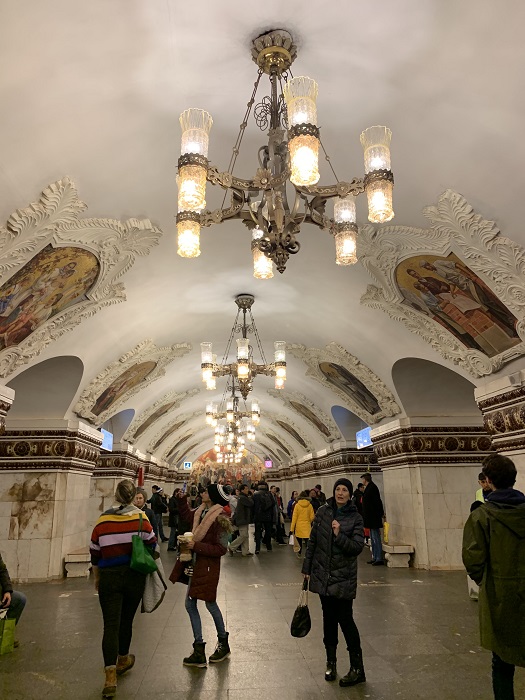 In between the walking tours and later at night, we got to indulge on different cuisines. I must admit, I was not a fan of Russian food, since the options are limited for vegetarians like me. I did enjoy drinking tea and experiencing a new food culture. My favorite international cuisine was definitely Georgian food. Our first and last dinner on the trip was, in fact, at a Georgian restaurant, and I simply couldn’t get enough of it. 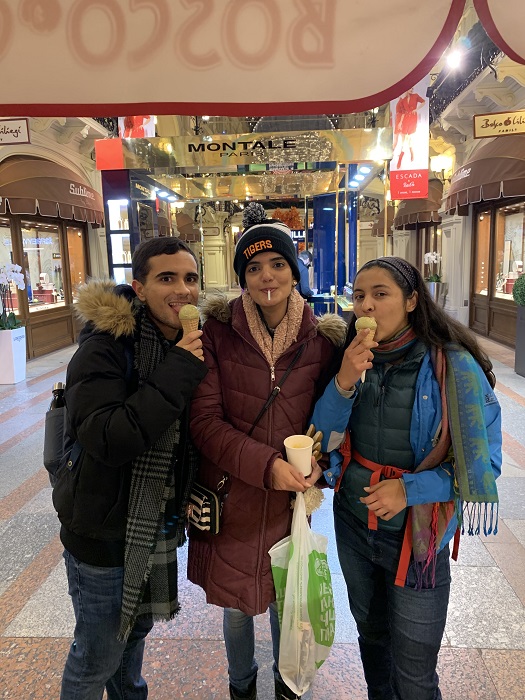 Reflecting back on this trip, the major takeaway was my increased understanding on how Moscow came to be and a new lens with which I will approach cities I visit in the future. I visited sites and locations that I would have never considered going to if I were traveling by myself, learned how different groups of people inhabit the same space and started to think about the challenges faced by most modern cities, such as economic inequality.

This experience has been one of the highlights of my undergraduate career, and it wouldn’t have been possible without Princeton’s generous funding. I am also grateful to both of my professors for their active engagement and planning throughout the trip!