So I have a few brothers and sisters, three of whom went to college before me. 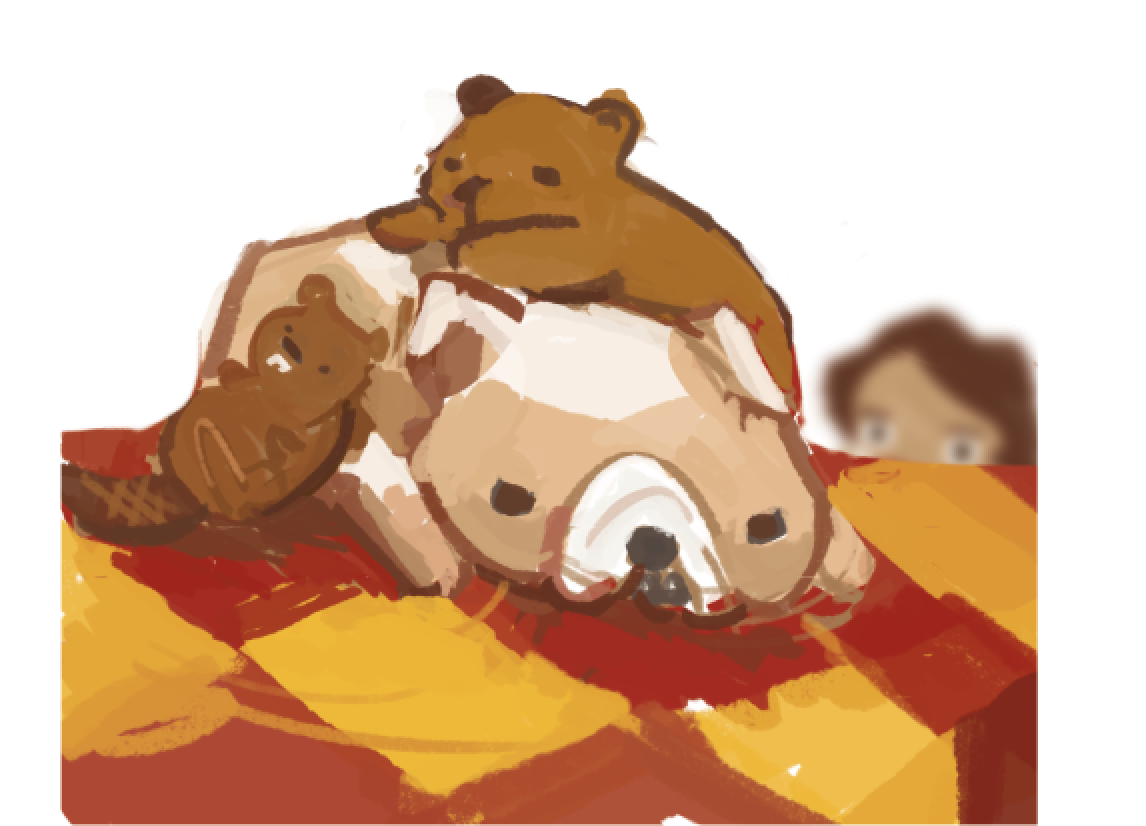 Every time one of my older siblings headed off, my parents would find a stuffed animal that matched the mascot of the new school, then pop it on one of their pillows as some affectionate decoration. As my time to begin applications rolled around, I remember looking at this little growing pile and wondering: 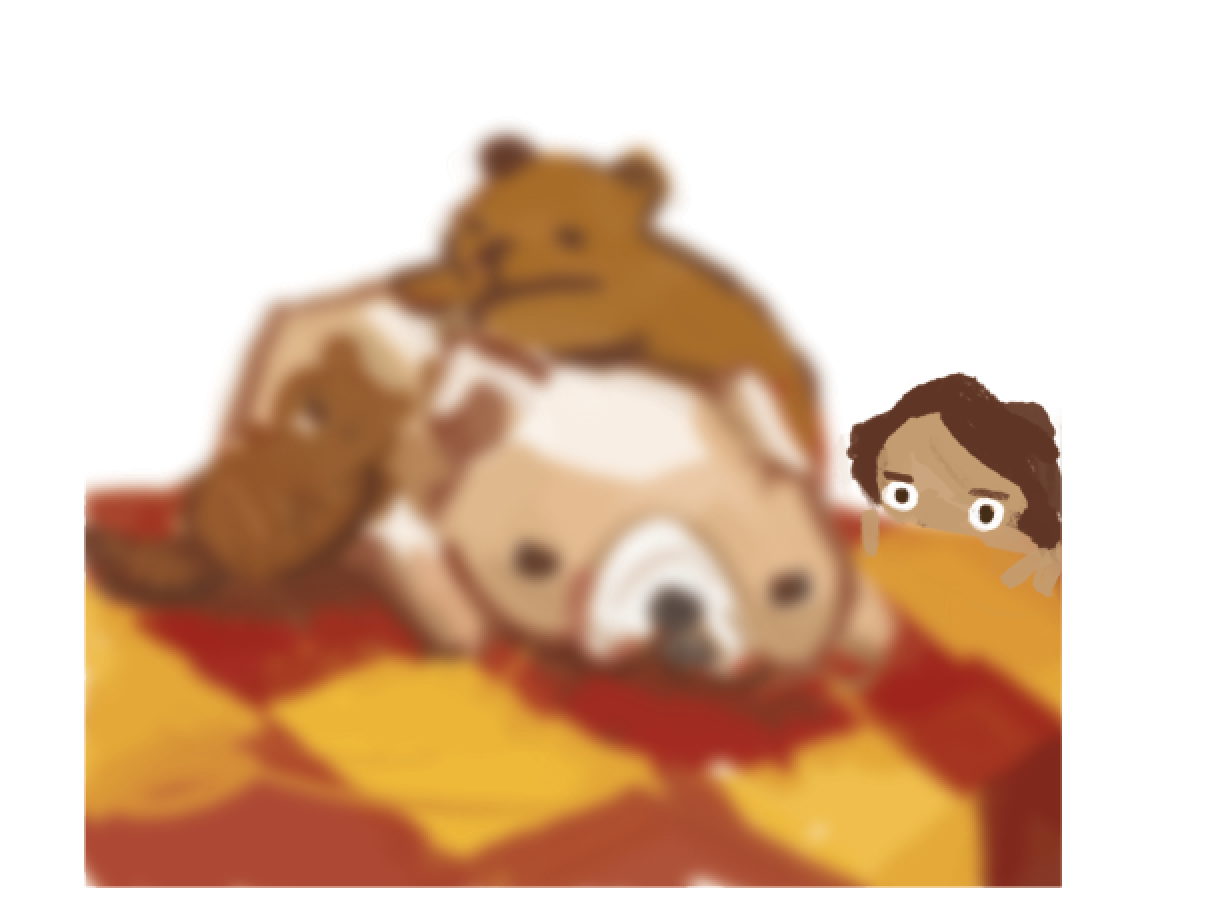 What would I add?

Around now, a new beautiful field of college applications is budding up!  After watching my little sister begin her apps this summer break and realizing it's been two years since I did the same, I thought I'd look back at my own days of Common App and interviews.

There's no magic key to unlock any school, plus I'm not on the admission committee, so my story doesn't suggest a formula for getting into Princeton. However, maybe these recollections can offer some counsel.

Everyone tells you to relax and just be yourself during your college interviews. You actually should—they're pretty chill opportunities to get free food and talk about yourself. However, there are a few things you can do to make the experience more harrowing than it needs to be, and I will tell you one of them.

My Princeton interviewer, an extremely cool lady, arranged for us to meet at a fancy little coffee shop. After we shook hands and sat ourselves in comfy sofa chairs, she urged me to order whatever I liked from a leather-bound menu. While I really don’t like coffee, I love sugar, so I ordered some sort of frappuccino-like chocolate ice blend.

The drinks arrived in a short while. She had a demure cup of coffee. 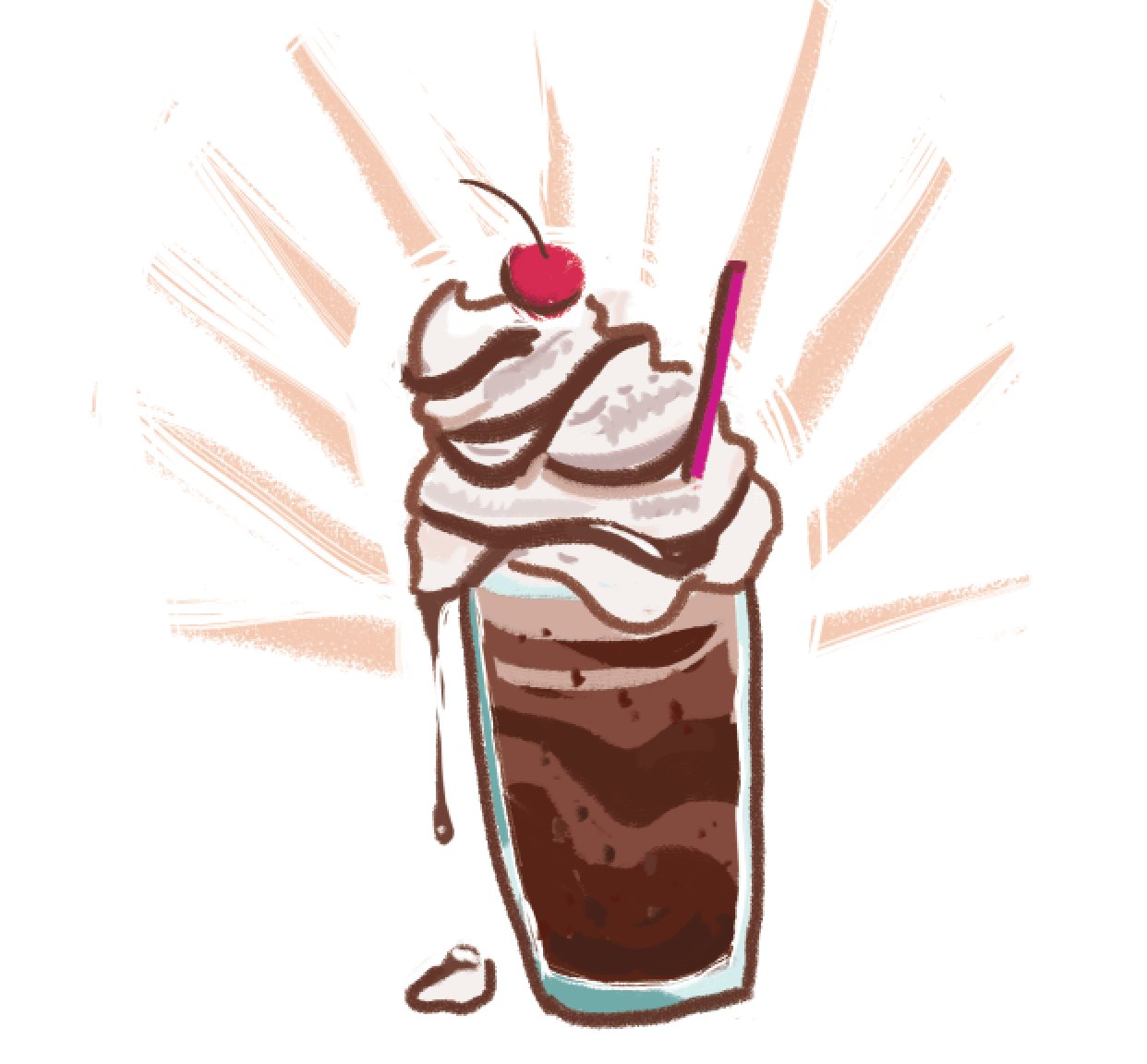 a monstrous, foaming tower of chocolate and cream. As I tried to drink it, sometimes with a straw, sometimes with a spoon, the concoction spluttered all over my hands in the enthusiasm of its own excessive existence. It was all mildly traumatic.

The conversation itself, however, was great! She asked me about my interests and background, and since she was expecting twins, once we got on the subject of family and siblings, we really hit it off. When I asked her about Princeton and her college experience, I remember being struck by how she lit up and talked about her alma mater with really sincere affection.

The whole time, I was smilingly trying to subdue my drink and surreptitiously wipe the chocolate from my hands on a tiny, elegant napkin. My interviewer didn’t seem to notice, or at least compassionately pretended her 17-year-old Princeton applicant wasn't having such difficulty surmounting the task of drinking. I will remember that drink for the rest of my life.

Aaah, the most beloved part. I wrote a Common App essay about playing viola and being a sibling, and another about moving from Hawaii to Bahrain and finding my place through a reading program. My Princeton essay featured the 10th grade English teacher who changed how I saw literature, and as you can see, I'm still not done talking about that. The fact that I enjoy writing definitely eased the whole process, so I'd encourage you to make it fun by liking to write. And choose to write about subjects you really care about!

However, I do remember that one part of college apps that caused some unwarranted agony lay in Princeton’s mini “get to know you” questionnaire, particularly one space.

I didn't even know having a favorite word out of the entire world vocabulary was a thing. That's like picking a favorite child if you had millions of babies! And you haven't even met all the babies! Why would Princeton wanted to know this?

Were they looking for logophiles to flaunt obscure words like "crepuscule" or "smorgasbord"? I do like words, but I spelled "league" wrong in my 7th grade spelling bee and "teriyaki" wrong in my 8th grade one. It's not my strongest point, and I wasn't going to put on airs. What did they want? Earnest Pollyanas to light up the admission office with "love" or "hope"? Smart-alecs who just have to put down "word"? Kiss-ups offering words like "Princeton" or "admission"?

Eventually I remembered this quirky little section was meant to be fun, and I chose a word I realized I really did love: 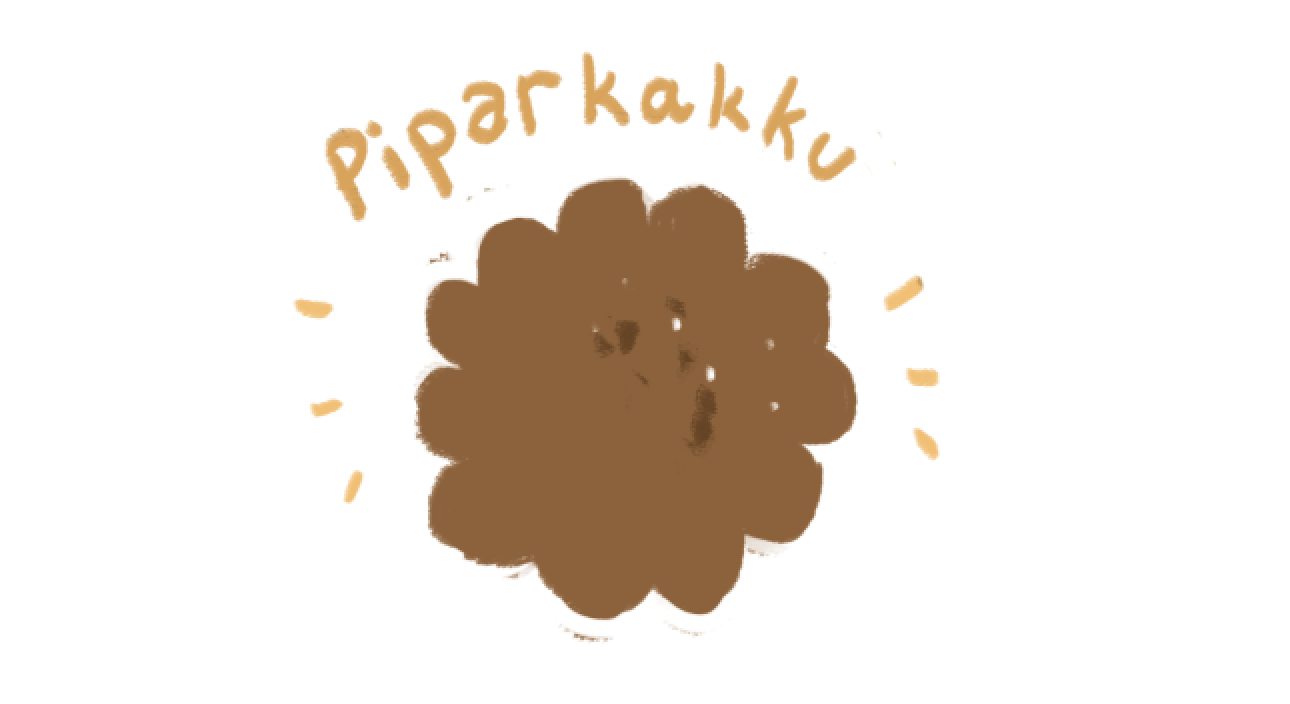 It's a tasty gingersnap/gingerbread thing that my Finnish grandma always used to have out when we visited. The name pops off your tongue, plus the cookies are incredibly delicious. 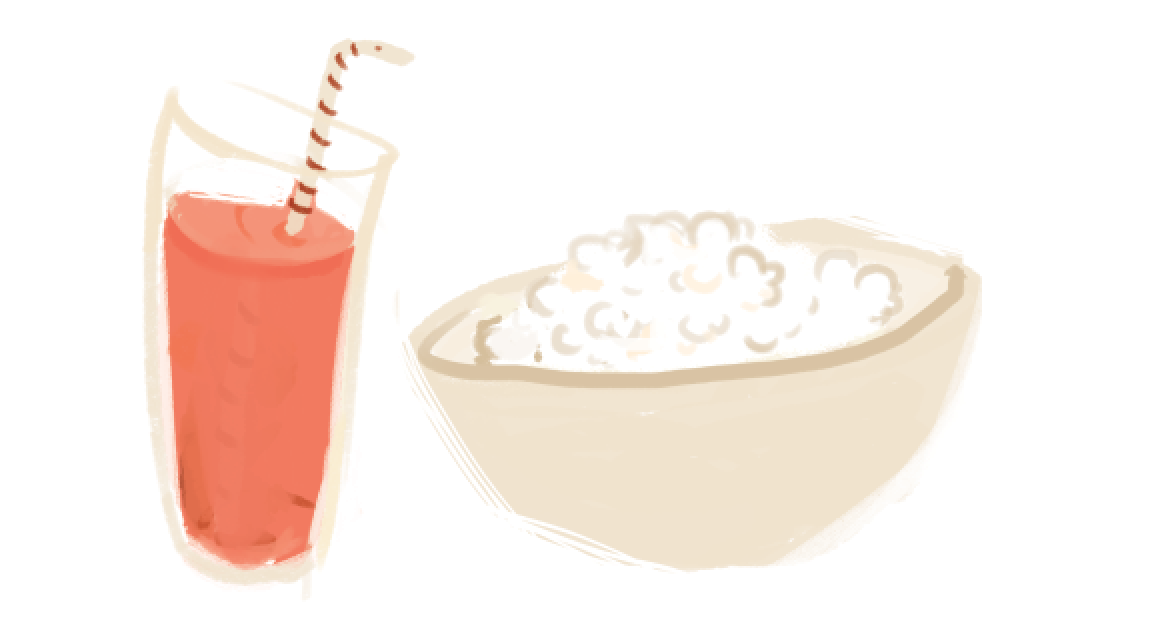 You might want to have some tricks to prep yourself for essay writing, or at least make it more tasty. I compulsively chugged smoothies and popcorn on the evenings I really wanted to buckle down. 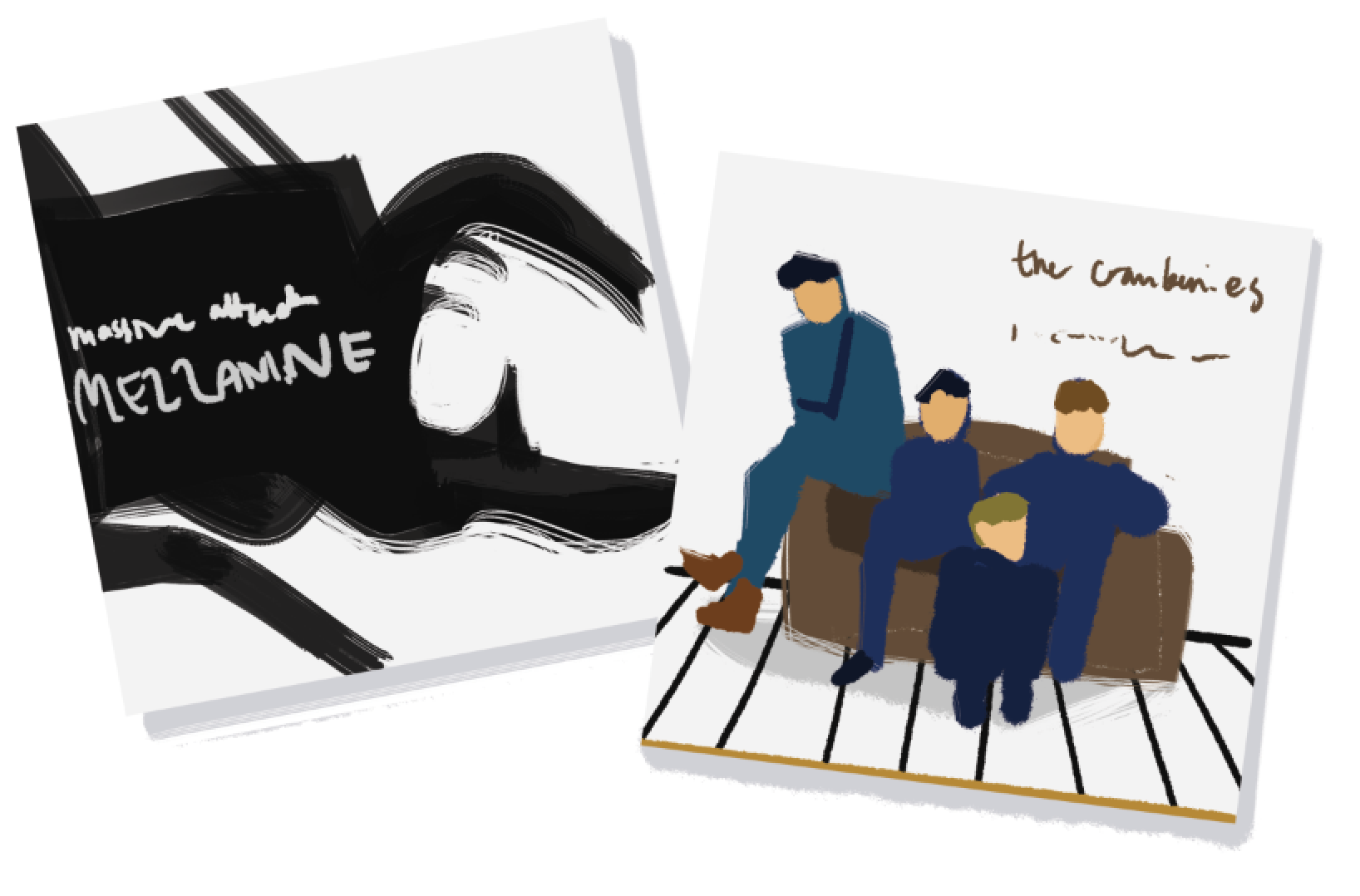 I have a ritual of choosing a set playlist when working on a project and only listening to those albums as long as I’m working on the task. I did it for the past two reading periods at Princeton (the Beatles discography freshman year and CAKE sophomore year). For college essays, I picked out a Massive Attack and Cranberries album, and just listened to the two around and around and around. Sometimes in the background, I'd have a track of Rainy Mood  playing since it rained about twice a year in Bahrain and I missed Hawaii's downpours.

I can never listen to those albums without thinking of working at my desk on those college essays. I guess they are kind of like Pavlov's bell, except they trigger an essay-writing instinct. Is this a helpful tip or psychotic tic? Helpful tip!

There weren’t any of the technical glitches in the Common App that I understand ‘18ers had to go through. If there were, they would have overcome my application efforts, and I probably would now be going to school in a cave or something.

Oh, I never hear the end of this one from my family. Toward the end of junior year, I was all prepared to take my SAT II subject test in literature. I had practiced with a few Princeton Review SAT Literature tests, read up on those little tips, and had my number two pencils sharpened and polished.

The night before the test, I was chirping all cheerily about how ready I was. Then I searched my email for the College Board SAT ticket. 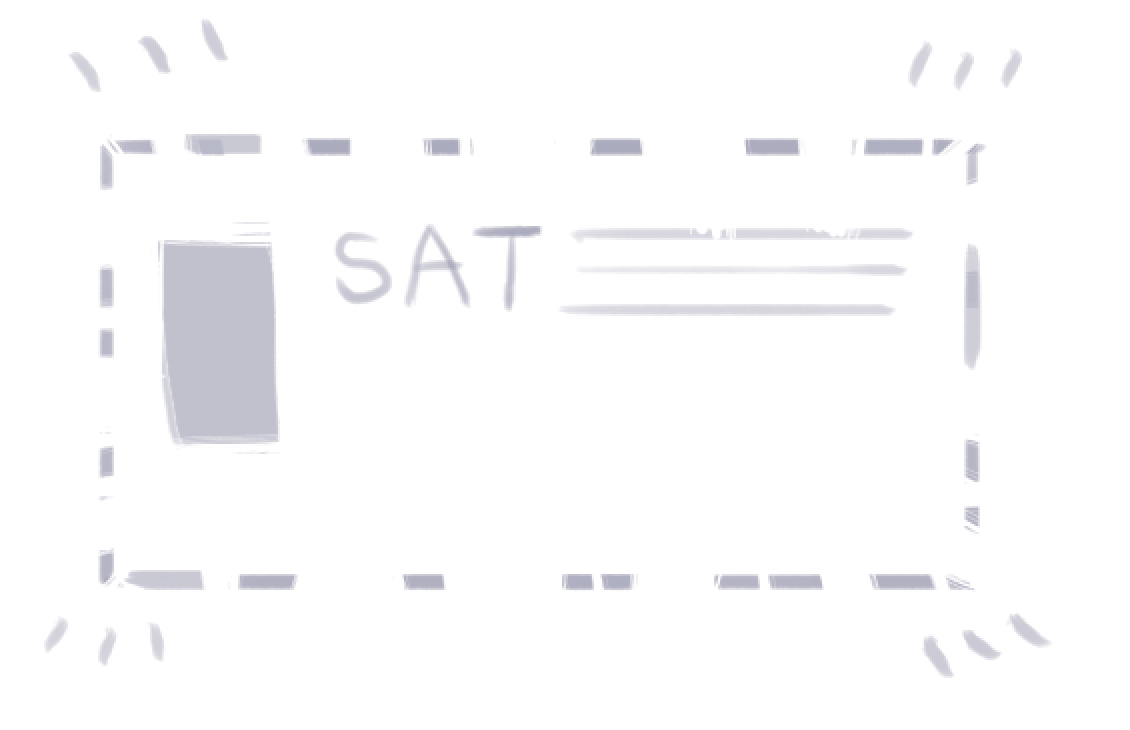 But it wasn't there. I checked the actual college board account and couldn’t find it there either because, as it turns out, I never registeredl! I had just thought about the test, prepared for it, and talked about it to the point that I somehow falsified this memory of my signing up for it. What a strong and healthy imagination I had.

So a tip I have to getting a score on your SAT, maybe even a good score, is to sign up for the SAT!

Over the summer before senior year, I decided I wanted to apply to Princeton early action. My college tour had been fantastic (yay Orange Key tour guides!), and it had the academic programs and environment I knew I would love. I planned to apply to other colleges whether or not I got in EA, so why not just go for it? 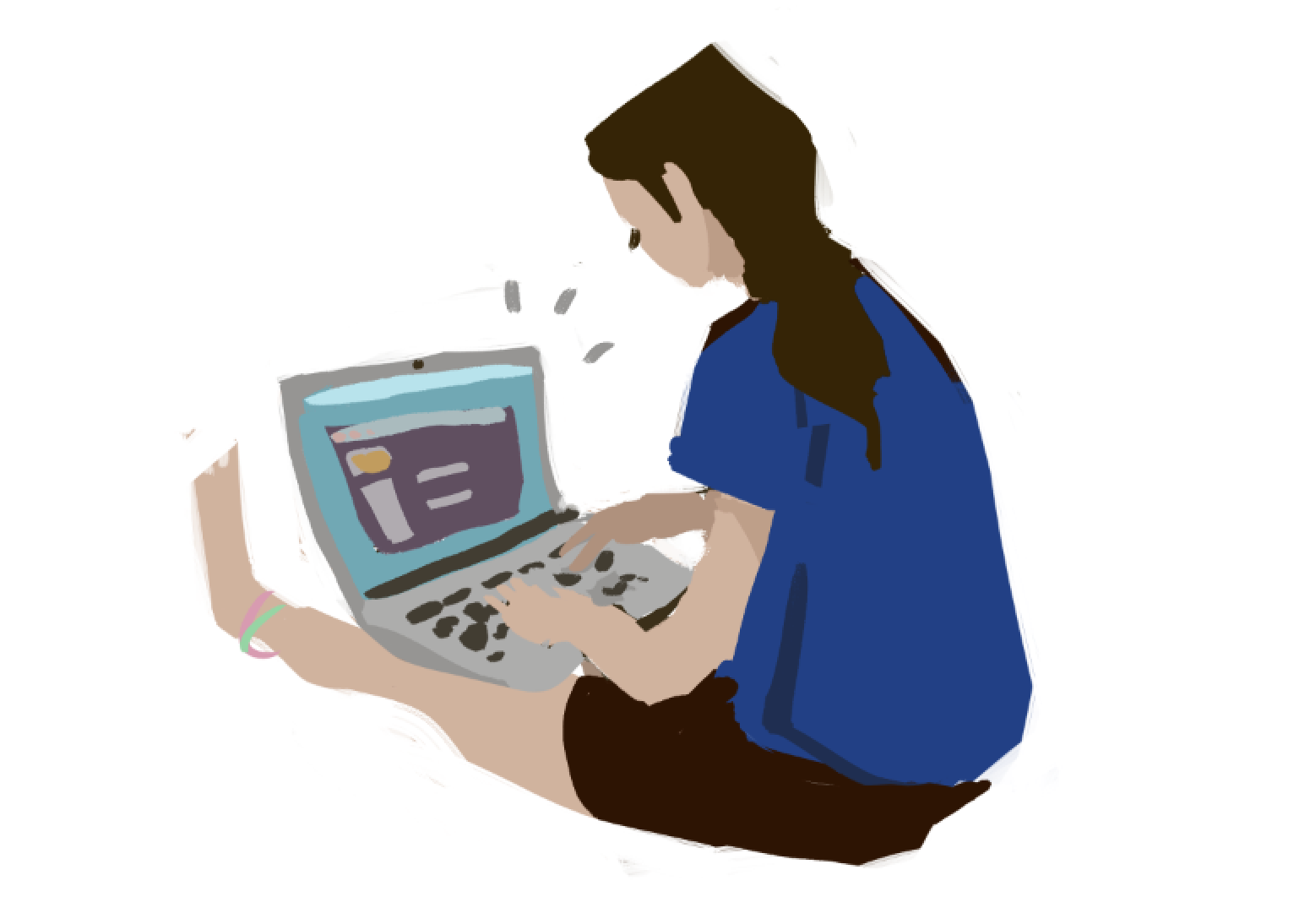 The morning of December 15 rolled around. The results came online around 1 a.m. Bahrain time, but since no one should be awake at that hour, I slept nicely on through. In the morning, I sat down in my night clothes with my laptop.

I entered in my info, 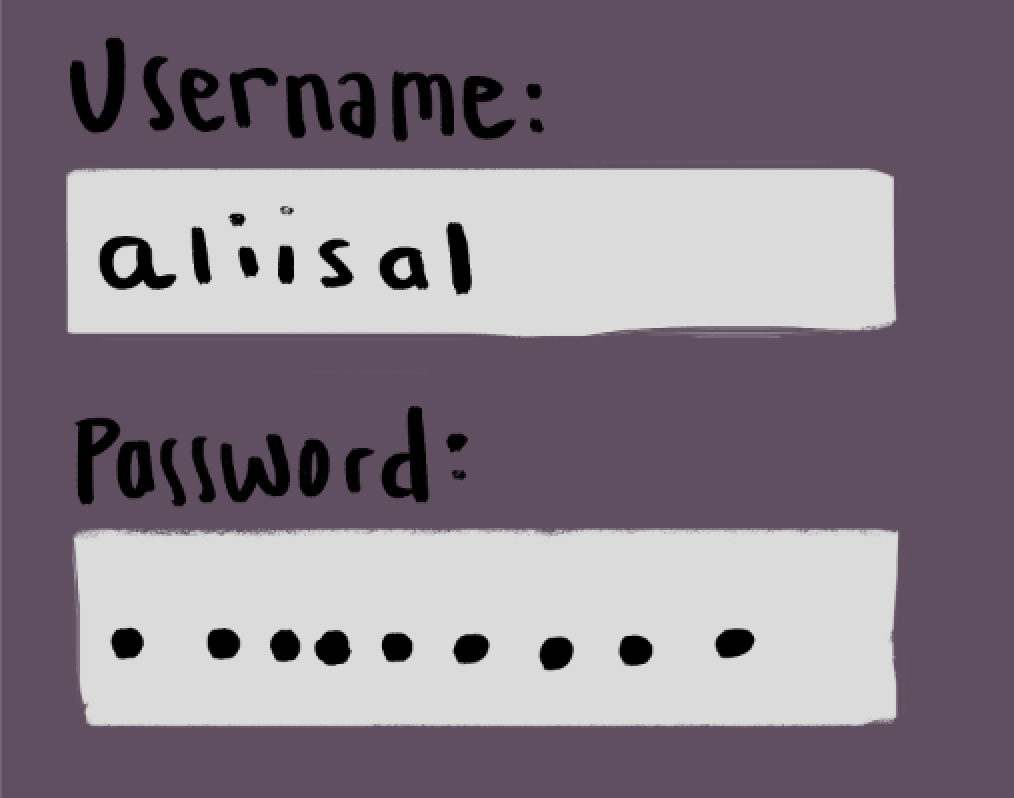 And then waited for the page to load. 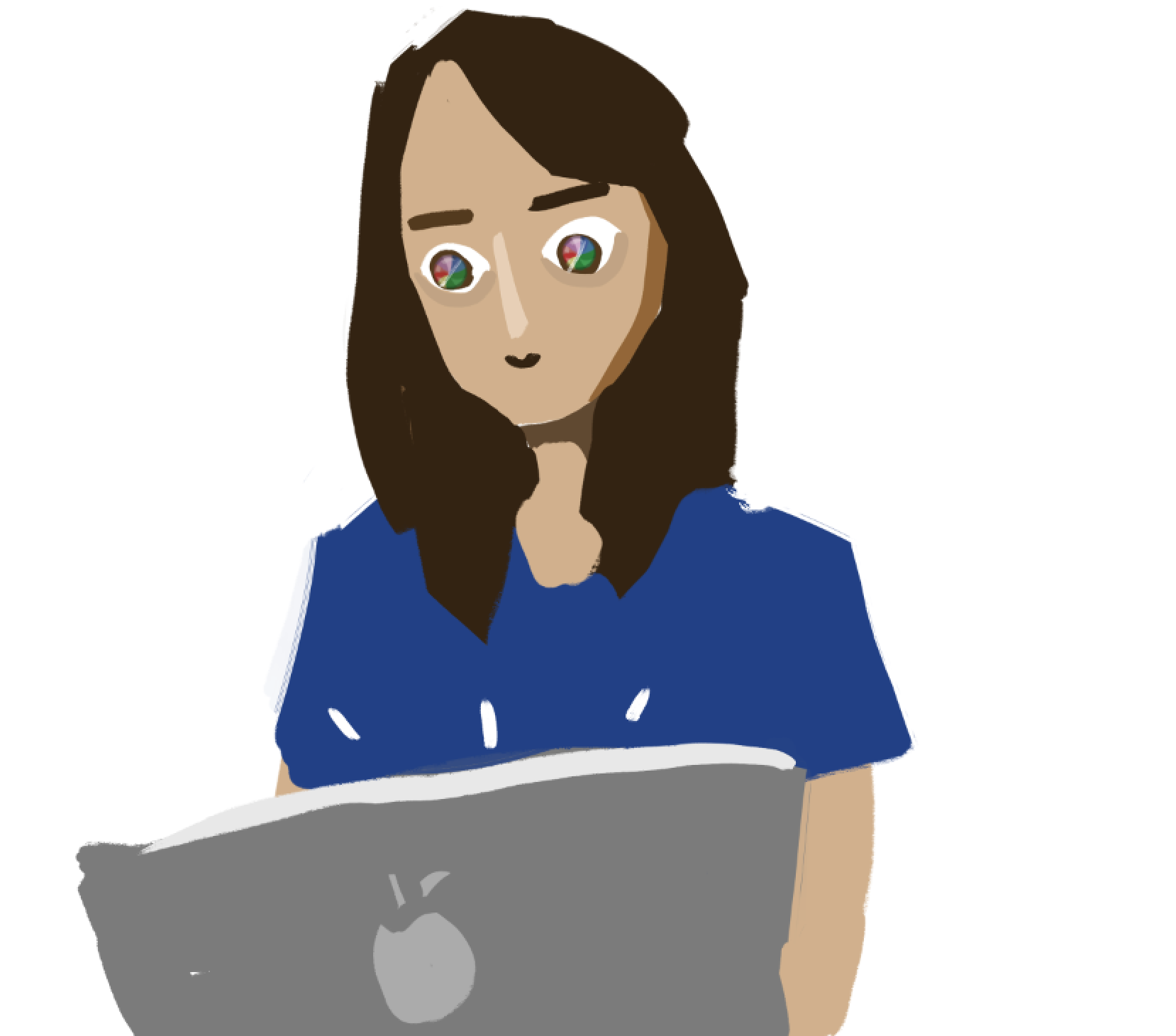 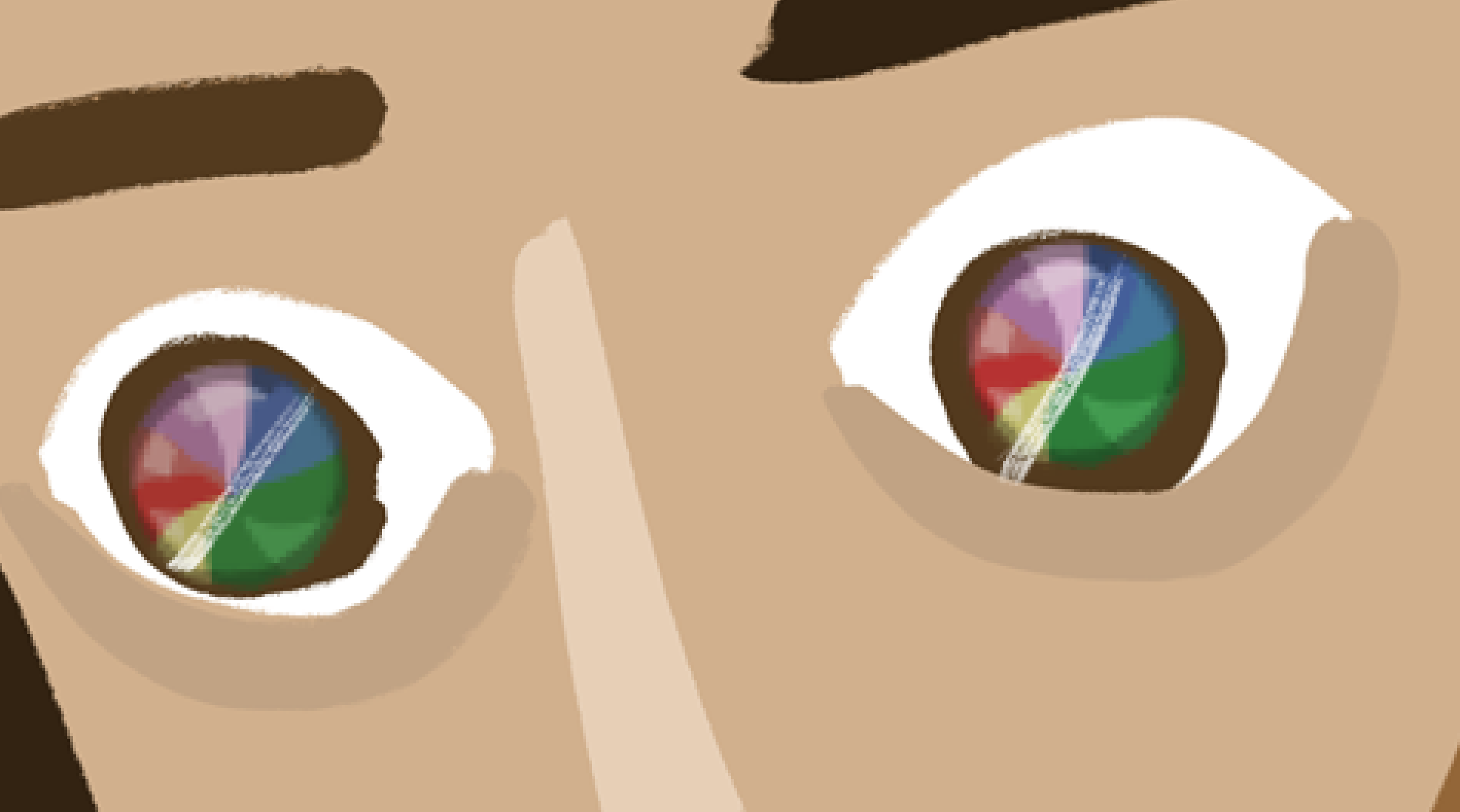 ...(our apartment's internet was super slow)...

Then the screen flickered to a short wall of text.

I couldn't soak it all in, but one word popped out and told me everything I needed to know.

It was cool not to be completely out of the Princeton running, but I won't deny there was a secret part of me that stung a little.  After all, I didn’t apply without some small hope that I would be accepted, and it wouldn’t be that bad knowing I had somewhere to go the following year, especially to a school as awesome as Princeton. But with a prayer and a couple of good long breaths, I closed the computer and carried on.

Since there really are other good schools besides Princeton (believe it or not), and to have multiple financial options, I had planned on completing my other college application whether or not I got into Princeton early action. So Dolores O'Riordan sang, the popcorn popped, and more college applications wrapped up. Life carried on into the final semester of senior year with lots of viola, art, and International Baccalaureate (IB)! 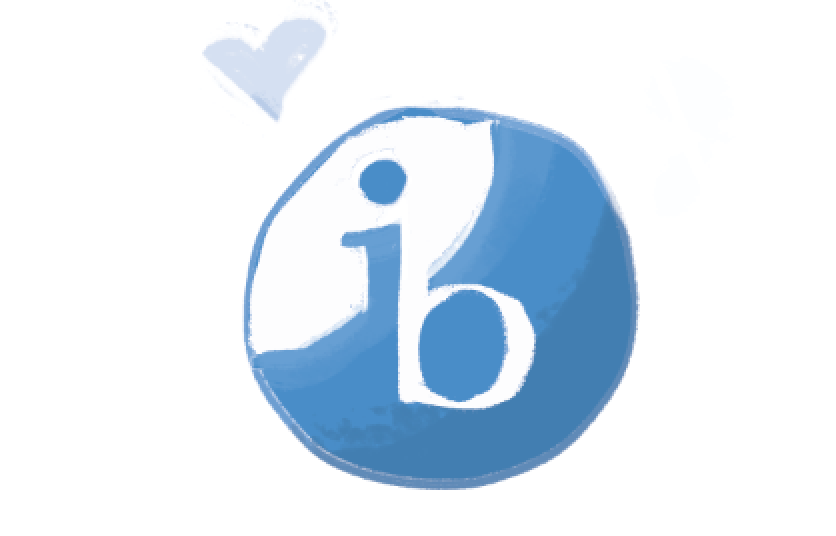 After my family's move in junior year, I'd begun at a British-system international school and committed to the International Baccalaureate curriculum. I really liked the structure of taking higher (English, economics, art) and standard level courses (physics, Arabic, math) according to my interests, and I was kept pretty busy senior year wrapping them up. All my close school friends were waiting for regular admission decisions, so we got to excitedly share the same boat of finishing high school and waiting on college. For those of you IBers out there (woo hoo!), you know the joy of finals and EEs, IAs, TOK essays, CAS and all those acronyms IB loves so well.

Don’t get me wrong, I actually had a really good high school experience! Giving IB grief is kind of a rite of passage, but man, when those extended essays were over for IB students around the world, I'm pretty sure there was an international bacchanalia.

I did have a little ticking clock in the back of my mind during all this, knowing I was waiting for decisions. But you can’t (and don't want to, I hope) stop life from carrying on, especially when there are a lot of good things that happen between December and the end of March! At a certain point, I realized my applications were out of my hands and just gave it up to God.

The night Princeton's decision came out, I slept a healthy eight hours and awoke to a bright Sunday morning. I turned on a track of Rainy Mood, typed in my name and password, prayed a prayer of trust, then clicked and waited for the decision page to load... 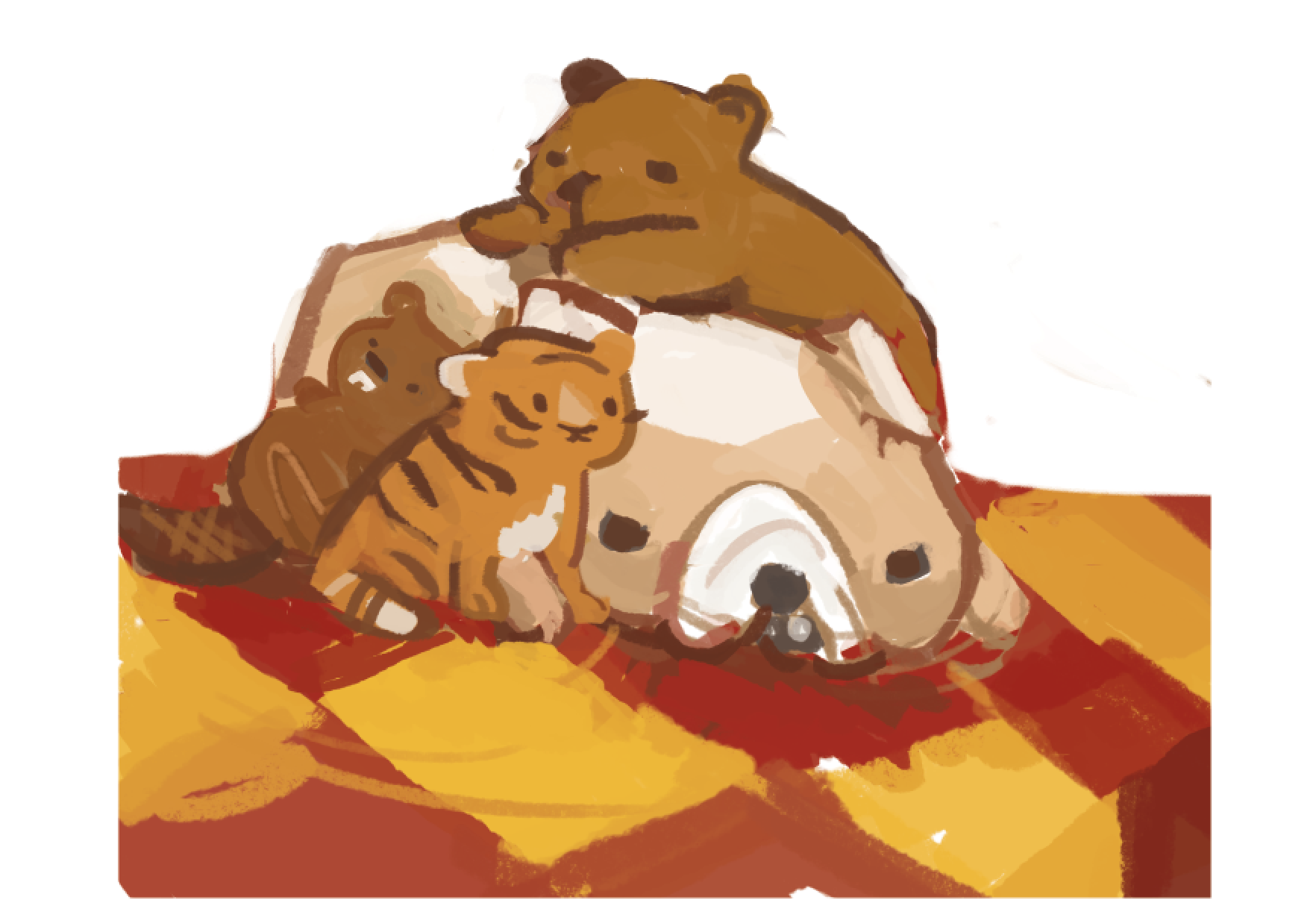 Given that my parents have a little tiger on their bed now (and I'm writing for this blog), you might guess how things turned out.

The thing I will forever wonder about in my Princeton applications story is not why I was deferred EA, but why they let me in at all. It's a miracle I'm pretty grateful for! I've had an incredible, incredible college experience thus far, and I really look forward to making the most of my two more years here at Princeton.

So! I'm one tale out of the thousands who have gone through applications, survived, and found their own ending to the college application story. To those upcoming college 2019ers applying this school year, have lots of fun writing yours!

We Have Enjoyed Getting to Know You: Bringing in the Class of 2027